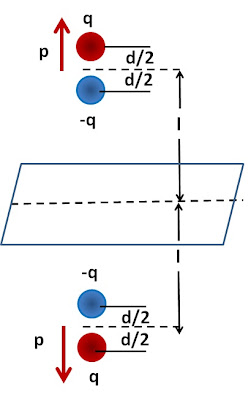 Let the dipole comprise of two charges q and -q seperated by a distance d as shown in the figure. Thus, 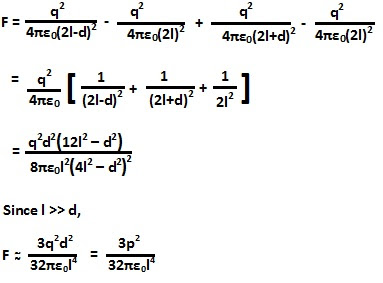 Posted by Krishna Kant Chintalapudi at 8:56 AM