. In such a coordinate system the vector

can be simply written as

. The charge density of the sphere is then given by,

Now any point on the surface of the sphere can be represented by two angles, namely the azimuthal angle

and the inclination angle

as shown in the figure. The coordinates of this point are then given by,

respectively. The dimensions of the rectangle are given by

as shown in the figure. The area of this rectangle is thus given by,

The charge contained in this infinitesimally small section of the sphere surface is given by, 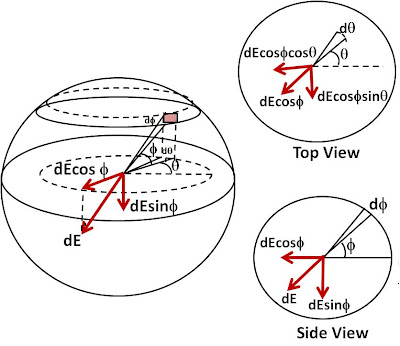 The electric field due to this infinitesimally small section at the center is given by, 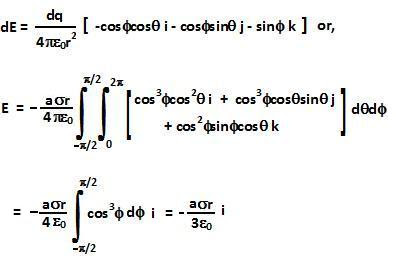 . From the above solution it is clear that E is oriented along the x-axis, i.e. in the direction of

. Hence, in general for a coordinate system the electric field can be written as,

Posted by Krishna Kant Chintalapudi at 8:36 AM 10 comments: